List of aircraft carriers of the United States Navy

Programs dating from to relate to events during Lawrence's time as a midshipman at the United States Naval Academy. Programs dating from to pertain largely to Naval Academy events during Lawrence's time as Superintendent. Correspondence between Lawrence, his family, various colleagues, and friends. The correspondence pertains largely to Lawrence's marriage, the daily activities of his family, birthdays, and holidays, as well as health and fitness workshops delivered by Diane Lawrence. Included in the subseries are incoming and outgoing letters, greeting cards, and email printouts.

Also included in the subseries are several letters between members of Lawrence's family and third parties. 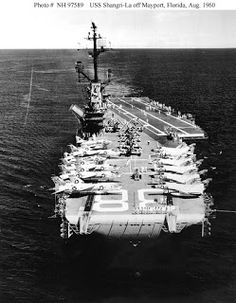 Due to the presence of personally identifiable information, the use of correspondence with Wendy Lawrence is restricted. Correspondence between Lawrence and various correspondents, mostly dating from after Lawrence's retirement from the U. The majority of the correspondence consists of letters of thanks or congratulations, but also includes letters relating to the Army-Navy Game, low numbers of Naval Academy graduates in the Marine Corps , speaking engagements , Lawrence's candidacy for Executive Director of the NCAA , flag officer announcements , and Lawrence's nomination to the Yorktown Naval Test Pilot Hall of Honor Notable correspondents include Admirals Elmo R.

Zumwalt, General J. Includes letters to or from Secretary of Education Lamar Alexander. Documentation of William Lawrence's various personal and professional interests, as well as his post-retirement activities. The materials pertain to numerous topics, such as Lawrence's elementary and high school education; his involvement with the National Football Foundation and NCAA; his opposition to proposed changes in the commissioning of reserve officers and the extension of service obligations for service academy graduates; the Vanderbilt football team; the Grand Old Opry; the biographies and writings of other Admirals such as Arleigh Burke and James Stockdale; racial tensions aboard U.

Included in the series are several documents pertaining to the U. Navy service of William A. Bernrieder, including correspondence; publications about the Solomon Islands and South Pacific; and several Japanese government issued Filipino peso notes. Bernrieder and Lawrence were acquaintances through their involvement in the U. Included in the series is a partial manuscript entitled "Last Liberty," which chronicles the history of the U.

S Constellation , including racial tensions during The manuscript includes a prologue by Lawrence concerning his time aboard Constellation. Copy of the school's newspaper, the Caverteen.

Includes a birth certificate, a flyer on Luigi Gregori, and a drawing of a battle scene possibly produced by one of Lawrence's children. Includes materials pertaining to the United States Bicentennial and the centennial of the Statue of Liberty. Includes materials pertaining to Lawrence's candidacy for the position of executive director of the NCAA.

Includes issues of the foundation's newsletter Footballetter. House of Representatives committee hearing on near midair collisions between military and civilian aircraft. Includes Lawrence's Fourth Grade English notebook containing poetry, and a notebook of household and financial information, possibly a reference source for Lawrence's wife while he was on deployment.

Certificates documenting promotions, degrees, and honors bestowed upon Lawrence. The certificates include high school and postgraduate degrees including one honorary degree ; U. Navy commissions; military decorations; certificates of appreciation; and honorary resolutions. Included in the subseries are several certificates relating to the education and U.

Navy career of Wendy Lawrence. Also includes a folder for Lawrence's designation as a Naval Aviator no certificate.

List of aircraft carriers of the United States Navy

Photographic images depicting Lawrence's family, friends, and ancestors, as well as activities and events from his career as an officer in the United States Navy and personal life. Included in the series are color prints, black-and-white prints, negatives, and photocopies of various sizes. Studio portraits and candid photographs of Lawrence, as well as his parents, wife, children, extended family, ancestors, co-workers, and friends.


Groups represented in the subseries include the Brewer family, the family of W. Lawrence, assemblages of naval officers, and NASA personnel. Includes a portrait of a boy in a football helmet, possibly William Lawrence or one of his siblings. Includes images of teams on which Lawrence was a member in middle school, high school, and at the Naval Academy, as well as the Naval Academy women's crew team while Wendy Lawrence was a member. Images depicting Lawrence's various activities while stationed at, and interactions with, the United States Naval Academy as a midshipman, alumnus, and superintendent, as well as images of Academy buildings and grounds.

Includes images of parades, inspections, recreational activities, and portraits of Lawrence and other midshipmen. Images depicting Lawrence's various activities as an officer in the United States Navy, with the exception of his times stationed at the Naval Academy. Events depicted in the subseries include award ceremonies, change of command ceremonies, parties, receptions, inspection tours, speeches, and events surrounding Lawrence's release from captivity as a prisoner of war POW.

Included in the subseries are photographs of Clint Eastwood, H.